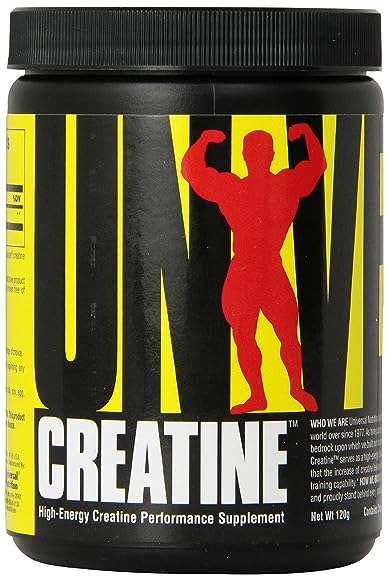 Creatine supplement is an efficient and safe product that improves the performance, especially in elite athletes. Creatine, which is found in animal protein, is stored in body muscle cells and can offer a rapidly used energy source boost, over a very short period. It has become very popular among bodybuilders, actors, weightlifters and of course, those people who want to improve their muscle mass.

It is a nitrogenous organic acid that is produced naturally by the human body from amino acids and provides an energy source to all body cells. Creatine works extremely well for the majority of people who use it as a regular part of their exercise or sporting program. In this article, you will get detailed information about the pros and cons of creatine.

The issue is that the internet is full of sites and videos from various companies trying to market their products by exaggerating the advantages of creatine or spreading simplistic account of what the products do. You can also encounter alarming information on the use of creatine that is not scientifically accurate.

The results of scientific research about creatine have been mixed. Therefore, the following are several benefits that are associated with the consumption of creatine supplements.

In recent years studies, creatine has been researched for its post-exercise muscle regeneration features. The research has been very promising. In facts, back in 2004, Santos studied the impacts of creatine supplementation on muscle cell damage, especially for experienced athletes running about 30-kilometre race.

Athletes use the supplements due to their effectiveness for high-intensity training. Most people usually take creatine because it enables their body to produce more energy. It reduces muscle cell damages as well as inflammation following an exhaustive training or exercise.

According to Journal of Sports Science and Medicine, which was published by various researchers, creatine supplements increase the maximum performance and power in high-intensity anaerobic repetitive work by up to 15%. The increased muscle creatine supplement content is associated with body mass as well as the total body water volume.

According to another study, The Journal of Athletic Training, creatine supplementation is responsible for the increase in body mass and also result in water retention.

Creatine supplementation has been sought after its effects on depression because of the significant changes that occur in brain morphology as well as neuronal structure. Neuronal structure and brain morphology are associated with depression and also weak brain bio-energetic turnover which causes abnormal mitochondrial functioning, that reduces the energy available for the brain.

This typical association of weak or impaired phosphate energy system, which creatine supplements forms the energetic basis of, has been noted previously.

Oral ingestion of about 1-1000mg/kg bodyweight of creatine supplement in mice can exert an anti-depressive impact that is blocked by dopamine receptor antagonists.

A minute dose of creatine, about 0.1mg/kg can enhance the dopaminergic effect for dopamine receptor activator.

This suggests that creatine can positively influence neurotransmission and dopamine signaling. Mechanically, creatine can exert anti-depressive effects through mixed serotonergic and dopaminergic mechanism.

Most causes of brain injury such as excitotoxicity, Calcium influx, Reactive Oxygen Intermediates, Lipid Peroxidation or ROIs tends to work secondary to damaging of the mitochondrial membrane.

Creatine supplementation preserves mitochondrial membrane permeability which is responsible for traumatic brain injury in a mechanism attributed to its ATP buffering ability.

According to a preliminary evidence, dizziness and headache, which are associated with the brain injury, can be quickly attenuated with Oral creatine supplementation.

Fast twitch fibers, the type that usually makes the bulk of your muscle size, responds excellently to creatine supplement among the athletes.

The fibers are the first to be used by the effects of sarcopenia. The potent anabolic hormone, IGF-1, is localized in the fast twitch fibers. This hormone is most likely to dwindle to a high degree as you age.

Creatine to the older adulthood may negate the degenerative effects of muscles wasting that are related to age because it enhances fast twitch muscle fiber integrity.

It also helps in maintaining the youthful levels of IGF-1. Advanced systematic methylation resulting from the creatine supplementation can predispose the body cells for greater IGF-1 production.

Creatine supplements have an ability to act as an energy reserve.

Furthermore, it reduces glutamate-induced excitotoxicity, Induced Dyskinesia, attenuates rotenone-induced toxicity and preserves the rate of growth of neurons, especially during exposure to corticosteroids such as cortisol.

These effects are just secondary to creatine supplement being an excellent source of phosphate groups as well as acting as an energy reserve. 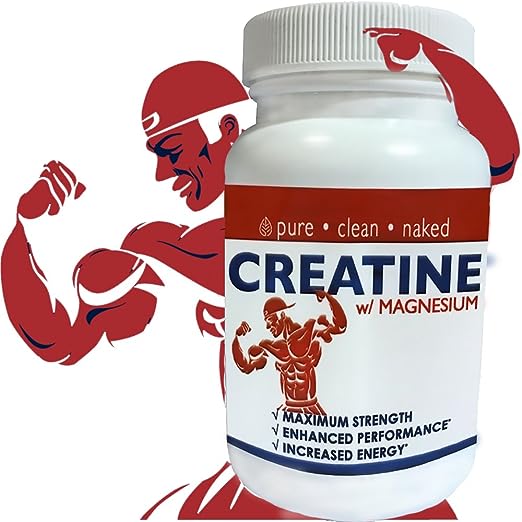 Despite the popularity of creatine supplements among the young population, there is little research carried out in kids under age of 18 years. Creatine is natural, but it does not necessarily mean that it’s safe.

In facts, supplements are not held to the similar standards by the FDA as medications. This means that you can not always know what is in your supplement or in what amount. Still, researchers do not know the long time side effects of creatine supplementation, particularly for the young generation.

Most adolescents who use creatine often do so without any doctor’s advice. Though it has many benefits, it has some disadvantages too.

Application of creatine supplements in sports to enhance performance is controversial.

Though it is one of the most popular supplements applied by sports enthusiasts as well as professional athletes, some individuals have reacted negatively to the use of creatine supplements to enhance their performance. In facts, they seek to ban the ingestion of creatine by people involved in competitive sports.

According to researchers, it is evidence that a highly acidic environment such as the stomach, can result to pure creatine that converts into creatinine. This nullifies all the beneficial effects of creatine.

To reduce this effect, the supplement manufacturers tends to add alkaline phosphates to their Creatine supplements.

Cons #3. Not suitable for everyone

Not every person will benefit from creatine intake. Individuals with very high creatine level will get less improvement compared to those people with lower creatine levels.

Most creatine supplements Marketers claims that it does not have any side effects. They argue that it has a lot of benefits to the body if used over a period.

According to some of the users, they suggest their suffering from increased anxiety, aggressiveness, acne, Gynecomastia (male breast formation), hair loss, reduction in penis size, and body hair growth for women.

In all this, acne, increased aggressiveness and hair loss are the most reported cases. Gastrointestinal complications have also been reported from the creatine supplements users.

Scientific research has proven that increase in the body mass from creatine use is attributed to water retention by the muscles.

According to UMMC, Creatine supplements side effects includes muscle cramps, diarrhea, upset stomach, elevated blood pressure, and dizziness. There have been rare cases of kidney damage and liver dysfunction.

It is clear that the benefits of creatine are way heavier compared to disadvantages. In fact, it was ranked as the first energy booster in the past. However, if you have some health issues, it is wise to use a small amount of these supplements or avoid them at all.

If you are not sure about your condition, it’s better to take your time to visit a specialist who is capable of carrying appropriate tests before giving you a go ahead.

Strength and bodybuilding athletes have used creatine to improve their strength and size over the past decade. As this article has outlined, Creatine supplementation stretch to many other populations; suffers from neurodegenerative disease older adults, and those having naturally lower levels of Creatine.

The processes that creatine underpins are quite vast, making it more than a performance enhancer. Furthermore, it has been scientifically shown to be safe for many users.