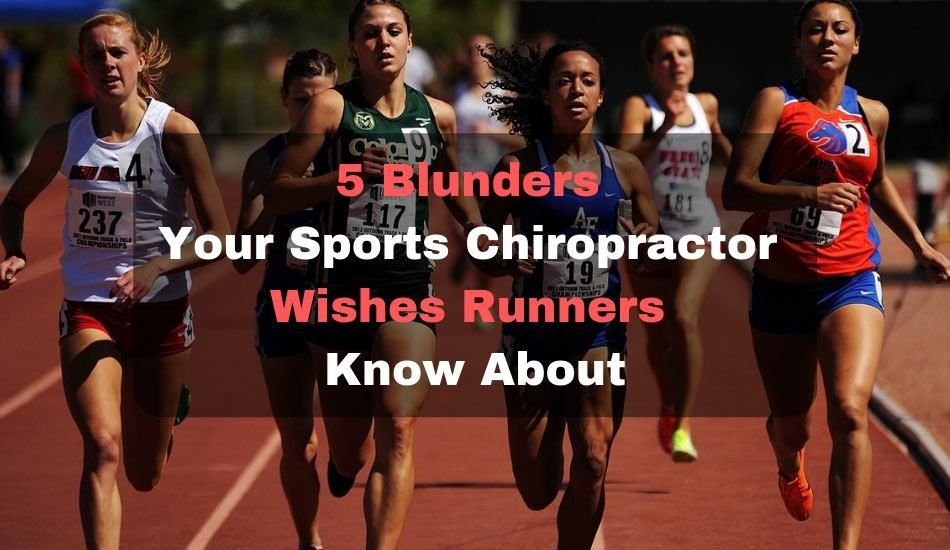 Very few people can deny that our modern-day work lives include a great deal of sitting. We sit at computers, in conference rooms during meetings, in cars or subways while we commute, and let’s not forget those weekend Netflix movie marathons.

The good news is that American’s appear to recognize that all this sitting on our bums is not healthy. A 2017 study by the Physical Activity Counsel found that 42% of people are involved in at least one type of activity that they consider to be a “high calorie” consuming exercise.

While more people are actively engaged in high energy sports, one site states that 50% of those who go to a gym only do so looking for dates. This would indicate that a great many exercise enthusiasts are more interested in the opposite sex than their form or training schedule.

This would account for the frustration of many sports chiropractors, who see athletes, especially runners, in their offices with the same injuries day in and day out.

If you talked to a chiropractor before you started your running program, or even every year before you start training for your next marathon, they would probably tell you to avoid the following 5 mistakes many runners make every year.

1. Going All Out On The Foam Rollers 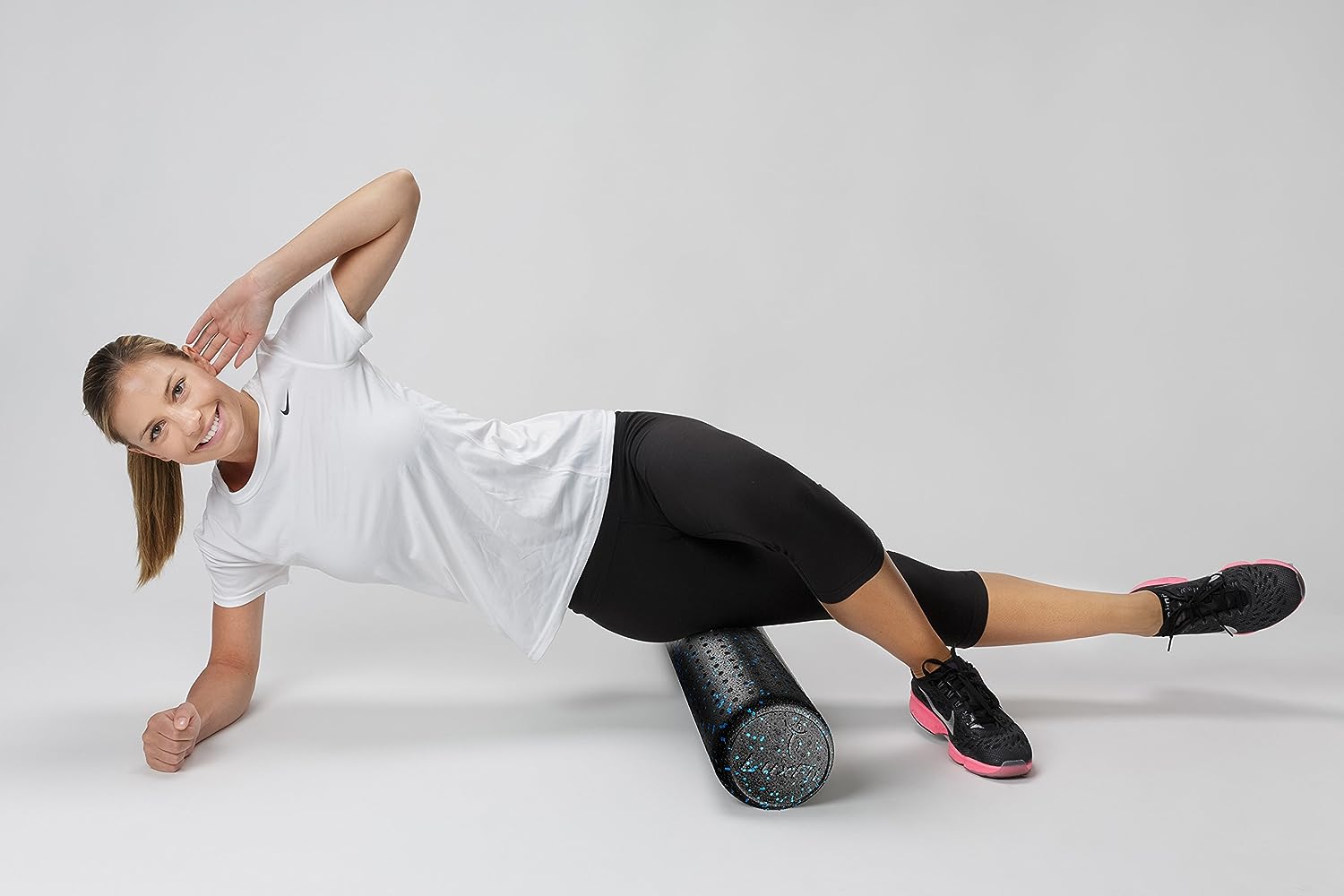 Yes, foam rolling is terrific when it comes to working out that knot in your thigh or simply refreshing your leg muscles. However, like almost everything else in this world, too much of a good thing is ..well…not good.

Foam rolling can get fresh blood flowing to the quad muscles or calves, but when you do too much of it, you can cause more harm than good. Two or three minutes is really all it takes to get the benefits. Anything more than that can lead to inflammation and soft tissue damage.

So, while foam rollers “hurt so good”, the thing to remember is that if it continues to hurt or if you find that the pain gets worse, stop. It really can be that simple.

If it hurts too much, just stop. Chances are that you probably won’t be able to push through the pain or work it out and you are simply causing more damage.

If you think anything is amiss, it’s time to see your chiropractor.

2. Thinking Static, Rather Than Dynamic

You can see runners every day, standing next to their cars, warming up in the parking lot before they hit the road. Unfortunately, what you see them doing are static warmups, rather than dynamic ones.

While static stretching is better for some types of activities, dynamic stretching gives improved performance with less injury, such as this study in 2010 demonstrated.

Doing a series of dynamic stretches, such as squats, running in place, and lunges will do far more to warm up cold muscles than static stretching ever will.

Try doing 2-3 minutes of dynamic stretching before your run. Chances are that you will feel the difference.

Of course, static stretching as a cooling down method is a good idea. Just don’t tell your chiropractor that you warmed up before a run with those cold muscle static stretches, so you don’t know how you injured yourself. 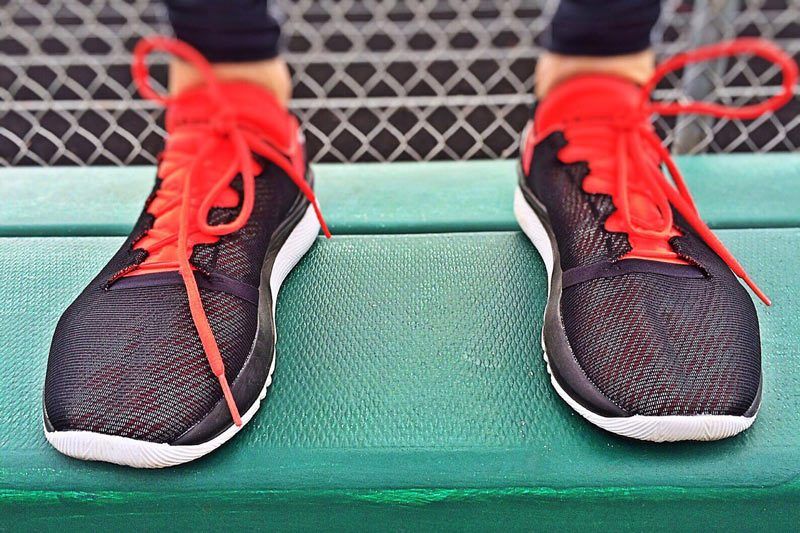 Almost every runner knows that they need to replace their shoes every 300-500 miles. By rotating between two pairs of shoes, you can get a 50% improvement on the wear and tear of the midsole.

While the debate rages on about whether shoes labeled as “maximal running shoes” are the cause behind many injuries, there is one factor that gets repeated over and over again in sports chiropractor’s offices; “I bought these shoes because they were cute.”

This isn’t to ding women runners, because men are almost as guilty of falling to marketing practices. How many men have purchased a pair of shoes because advertising (or the salesperson) told them it was the “perfect” shoe for them or because Usain Bolt was promoting it.

To truly get the proper shoe, have your chiropractor watch your gait on a treadmill. This will help to determine any imbalances you might have in the mechanism of your foot and will help tremendously in getting you a proper fitting shoe.

NSAIDS are a good thing that can help stop or reduce inflammation. There is definitely a time and a place for those ibuprofen tablets; before every race is simply not one of them.

Ibuprofen and other NSAIDS wreak havoc on your stomach and entire digestive system. A study was conducted on some participants of the 1996 Chicago marathon.

It concluded that those who consumed ibuprofen before the race had increased gastrointestinal permeability that lead to GI problems, such as diarrhea and bleeding in the GI tract.

To top it off, these OTC pills are not even effective. One study in 2015 found that taking ibuprofen before a race did not reduce pain or muscle damage. Now this was a small study, but this is simply another study in the growing list of evidence that NSAIDS do little or nothing to prevent injury. 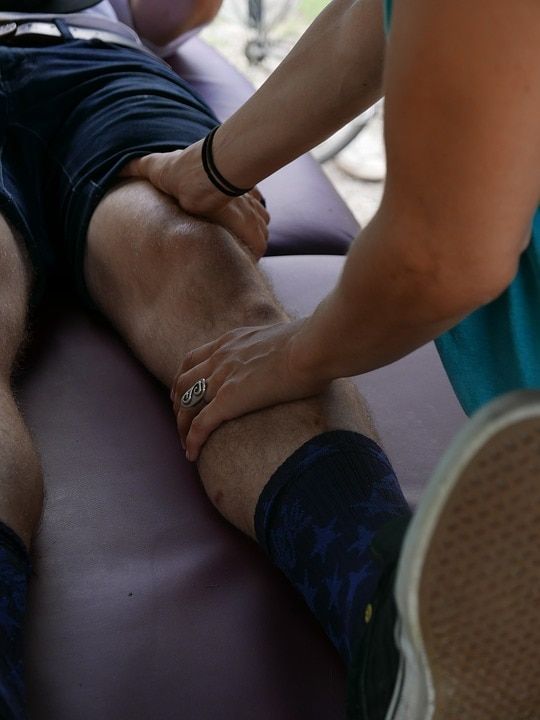 Athletes and runners are fond of little sayings such as “No pain no gain” or “Push through the Pain!”. While both statements are true in some circumstances, there are times when runners need to pay attention to their bodies and take a proactive stand when it comes to their health.

You would never drive a car that was making a loud clanking sound under the hood until the car stopped running, would you? So why do runners continue to train, even though their bodies are clearly sending them pain signals?

Taking a more proactive stance when it comes to your health and overall body condition will take you much farther than ignoring problems until they become serious. It’s well known that sports chiropractors can help prevent injuries, but many runners fear that they will be told to stop training.

While this might be the case, wouldn’t it be better to rest for a week, rather than 6 weeks after your injury has progressed to become something bigger?

See your sports chiropractor regularly and discuss any issues, especially any pain, that you might be having. This will go a long way towards keeping your feet on the road.

Dr. Brent Wells, D.C. founded Better Health Alaska in 1998 and has been a chiropractor for over 20 years. His practice has treated thousands of patients from different health problems using various services designed to help give you long-lasting relief.

Dr. Wells is also the author of over 700 online health articles that have been featured on sites such as Dr. Axe and Lifehack. He is a proud member of the American Chiropractic Association and the American Academy of Spine Physicians. And he continues his education to remain active and updated in all studies related to neurology, physical rehab, biomechanics, spine conditions, brain injury trauma, and more.