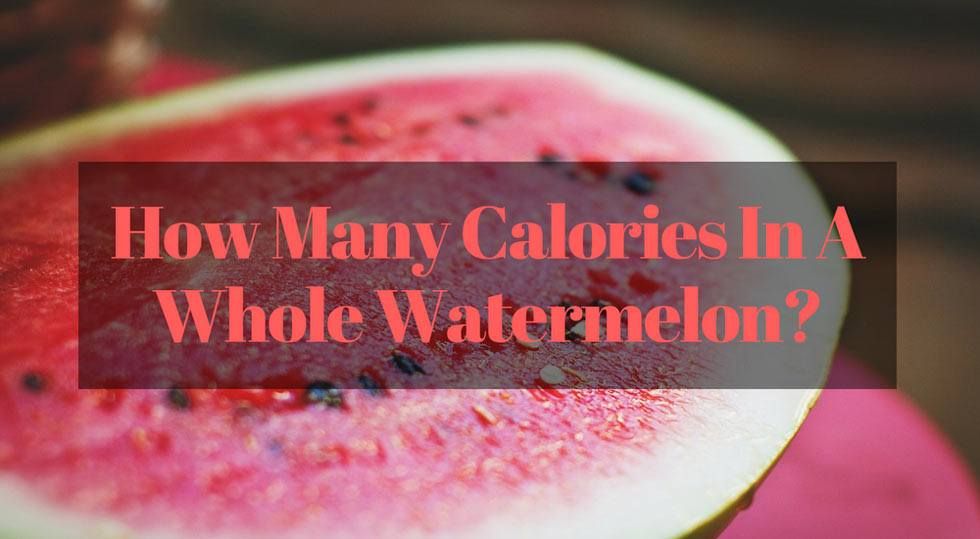 Summertime and watermelon: Name a more iconic duo, I’ll wait. In fact, the two go together so well that July has been recognized as National Watermelon Month. Pretty sweet, eh?

That pun wouldn’t have held up in ancient times. According to National Geographic, watermelon was actually bitter when it first originated in Africa. Throughout history, it was cultivated to be the sweet fruit that you know it as.

You may be eating this fruit for its refreshingness, but are you aware of just how healthy it is? How many calories in a whole watermelon?

For those of us with a sweet tooth, swapping our beloved sugary snacks with some watermelon can greatly improve overall health and weight loss. With all the benefits that can be had from consuming it, watermelon is an important addition to any diet.

The main reward to be reaped from watermelon is hydration. As made obvious by its name, more than a whopping 90% of watermelon is water. This fruit also contains many rehydrating salts, such as potassium, calcium, and sodium.

Some even say that eating watermelon could be more beneficial than drinking water after exercise. This is because of all of the sugar that it contains. So aside from just quenching your thirst, eating watermelon will give you a lot of energy as well! 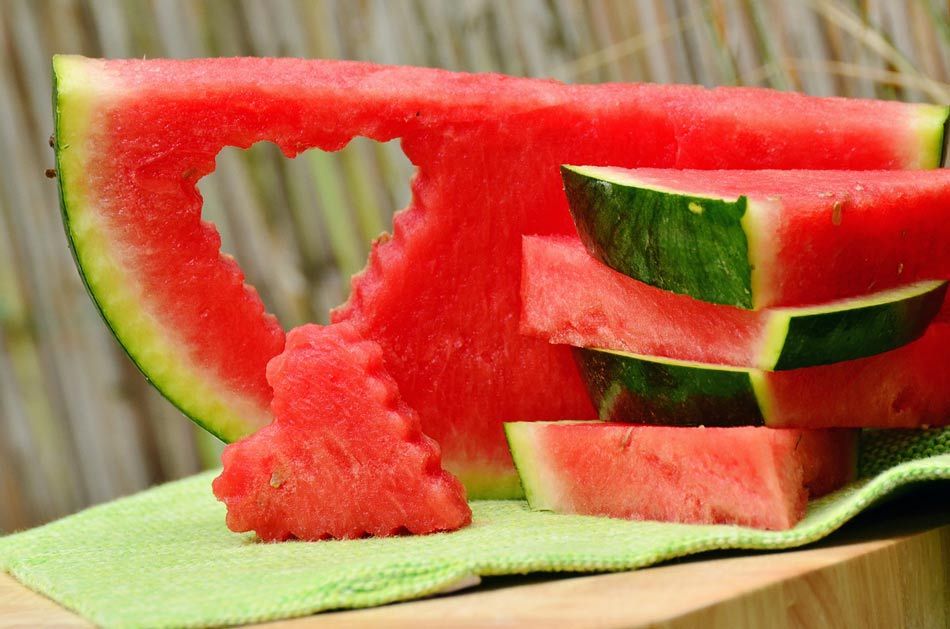 There are numerous perks to eating watermelon other than its hydrating properties. These include:

The latter can be extremely important to your health. Watermelon contains the antioxidant lycopene, which can protect you from those scary types of diseases like cancer and heart disease.

The fact that watermelon is free of fat and cholesterol makes it a good snack if you are trying to lose weight. Its fiber content is also a bonus, as it will make you feel more full and satisfied, which will help you eat less!

Vitamin A and C are both essential in keeping your immune system healthy. Vitamin A can also be good for bone growth.

It was mentioned earlier that potassium is a rehydration salt, but it also has many other advantages. It regulates blood pressure, strengthens muscles, and increases metabolism, among other things.

The only downfall of watermelon is the amount of sugar that it contains. The good news is that it is all natural, but sugar is still sugar. Half of the sugar found in watermelon is fructose, which can have detrimental effects that I will explain later.

It is also important to note that the riper the watermelon, the more nutrients it contains. So if you are looking into eating watermelon for its nutritional qualities, then always try to eat it at its ripest.

How Many Calories In A Whole Watermelon? 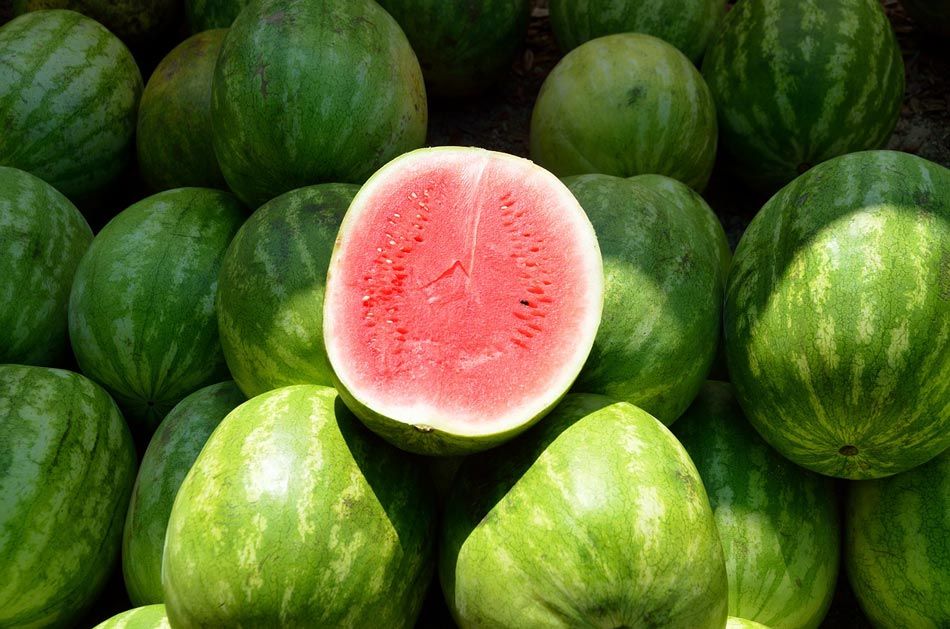 Similarly to how every zebra has different stripes, watermelons come in all different sizes. Because of this, I cannot tell you that each and every watermelon contains one specific amount of calories.

A 13-pound watermelon has a grand total of 920 calories. After doing the math, that comes out to roughly 71 calories per pound.

If you are concerned about your daily calorie intake, it would be wise to recognize that the calories in a watermelon add up. Just because something is healthy does not mean its caloric content is meaningless.

The daily calorie intake for the average person is commonly recognized as 2,000. This means that a whole watermelon could make up nearly half of that amount, and if you are restricting your calories it could end up being an even more significant chunk.

But really, if you are going to go on a binge, it would theoretically be better to eat the whole watermelon than the whole tub of ice cream.

Nothing Is Good In Excess

After hearing all of the good things that watermelon has to offer, you may be tempted to go to the market, buy a few, and eat one after another.

Just like all other foods, watermelon should be enjoyed in controlled portions. Its sweetness can make it easy to binge on, but whatever you do, resist the urge!

This warning comes partly from the fact that the calories do add up to a sizeable amount, but the high amounts of sugar that can be found in watermelon can be hazardous to your health.

It was mentioned earlier that half of the sugar that makes up a watermelon is fructose. Consuming too much fructose can overload your liver, which then causes the liver to release extra triglycerides into the body. This increases your risk for serious diseases such as cancer and diabetes.

All foods should be treated equally. Control your portions of every food, not just the ones that are deemed as unhealthy.

How You Can Eat It

Watermelon is absolutely delicious raw and on its own, but you could add some spice to your watermelon-eating life. You can use it in smoothies, salads, and even salsas. The possibilities are endless.

If your main goal is weight loss, though, it is best to eat the watermelon on its own. Adding ingredients can pack in some unnecessary calories and possibly some unhealthy stuff that will hinder weight loss.

All in all, eat watermelon. It’s good for you. If you want to know how many calories are in watermelon that you just bought from the store, weight it to see how many pounds it is and then multiply that number by 71. The only reason you should need to do this calculation though is out of sheer curiosity.

You should also be eating watermelon in moderation, just like you would with all other foods. A cup or two a couple times a day should be enough to satisfy the cravings brought on by your sweet tooth while leaving you feeling full and refreshed.